Today we will take a look at the best method for replacing the 12 volt battery in a Honda Clarity.

As my esteemed colleague Jo Borrás has mentioned in the past, we’re big fans of the Honda Clarity. In 2017, Honda introduced all-electric (EV) and plug-in hybrid electric (PHEV) versions of its Clarity crossover vehicle to the world. Prior to that, the clarity was strictly a fuel-cell only car and had achieved only modest success with The general public. Perhaps after seeing which way the winds were blowing with regard to alternative energy vehicles, both Clarity variations for sale today are absolute winners. Unfortunately for anyone who does not reside in California, the EV version is only available to drivers in that state. 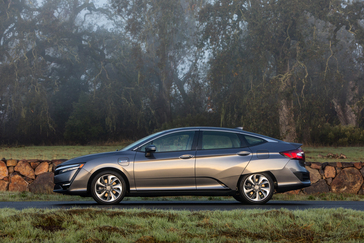 Doubts From the Top

Despite the Clarity’s success, Honda CEO Takahiro Hachigo isn’t sold on the idea that EVs and PHEVs where the future is headed. In an interview with Automotive News last month, Hachigo was quoted as saying:

“The hurdles to battery electric vehicles and complete autonomous driving are still quite high. I don’t know whether other manufacturers are becoming too optimistic or not, but apparently the approach in going about these regulations differs from one company to another. I do not believe there will be a dramatic increase in demand for battery vehicles, and I believe this situation is true globally. There are issues with infrastructure and hardware. There are different regulations in different countries, and we have to abide by them. So, it’s a must to continue R&D, but I don’t believe it will become mainstream anytime soon.”

This is an interesting take and one I was fairly shocked to read. My knee-jerk reaction is to shout from the rooftops about how wrong he is. That being said, he’s the CEO of one of the largest car companies in the world and I’m a guy in his pajamas writing about cars on an old laptop. As much as I hope he is wrong, he is definitely the expert. 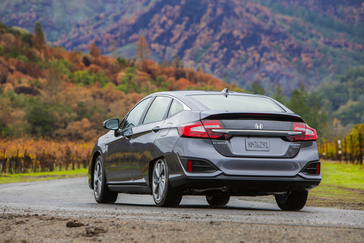 Please for the love of all things holy don’t ever attempt to change, replace, or otherwise monkey around with the large lithium-ion battery in your Clarity. Doing so is extremely dangerous and the last thing we want to see is for anyone to get hurt. If you’re lucky enough to possess a Honda Clarity EV or PHEV, and your 12 volt battery is dead, I’m afraid I can’t be of much assistance with helping you change it. Unlike other cars featured in this series, there just aren’t any tutorials or videos that I could find out there. As a result, I can’t in good conscience tell you that changing your Clarity’s 12 volt battery is DIY doable. At this point, I would say bite the bullet and take it to a dealer.

We would love to hear from any of our readers out there who have been brave enough to change the 12 volt battery in their Honda Clarity on their own. How did you accomplish this task? Would you recommend that others give it a shot?  Please drop by the comments section below and let us know.

How Much Does a Honda Clarity Battery Replacement Cost?

How Much Does a Fiat 500e Battery Replacement Cost?

How Many Charges Can Electric Vehicle Batteries Last

Can Electric Vehicle Batteries Be Recycled

How Often Do You Have To Replace The Battery In A Nissan Leaf?