What is it about racing that we humans find so entertaining? Is it the competition? Maybe it’s the danger? Nerds like me enjoy the technology behind the machines that are involved. Whatever the reason may be, racing is big business. We provided a brief overview of the Formula E Racing League back in August. Please click here to read that article if you haven’t already, (and even if you have). In addition to Formula E there are off-road leagues, motorcycle leagues, and even an all-solar vehicle racing league currently in operation! Today we take a look at how these different racing series are going green.

A Bit of History

Did you know that they very first vehicle land speed record was set in an all-electric vehicle (EV)? It’s true! La Jamais Contente (The Never Sastisfied) was the first car to break the 100 kilometer per hour (62 miles per hour) mark. What’s even more amazing is that this happened in 1899! As internal combustion engines (ICE) became more reliable and capable of further ranges, the electric car was ultimately sidelined in favor of the gas guzzler. After the debut and subsequent mass production of the Model T in 1913, electric racing was all but nonexistent.

I like to think of Formula E as the baby brother to Formula 1. One day, the little brother may grow up to be bigger than his older brother but right now he is just learning to walk. Jean Todt, President of the Fédération Internationale de l’Automobile (FIA) conceived the idea to develop an all-electric racing series in 2011 and by 2014, Formula E was up and running!

Current Formula E racers reach top speeds of up to 175 miles per hour. As EV technology continues to improve, we may see Formula E cars challenge Formula 1 cars (which are capable of top speeds of just under 235 miles per hour) on the track. In addition to promoting electric vehicles, the league is also considering adding autonomous cars to its lineup. Imagine an entire racing series with no drivers!

The National Electric Drag Racing Association (or NEDRA for short) is a subsidiary of the Electric Auto Association (EAA). Its mission is to encourage public awareness of EV capabilities and advance EV technology. Unlike other series, NEDRA hosts quarter mile and eighth of a mile races for several types of vehicles. These vehicles are divided into sixteen classes including but not limited to street, pro-street, funny car, dragster, and four separate motorcycle classes. Sounds like fun to me! 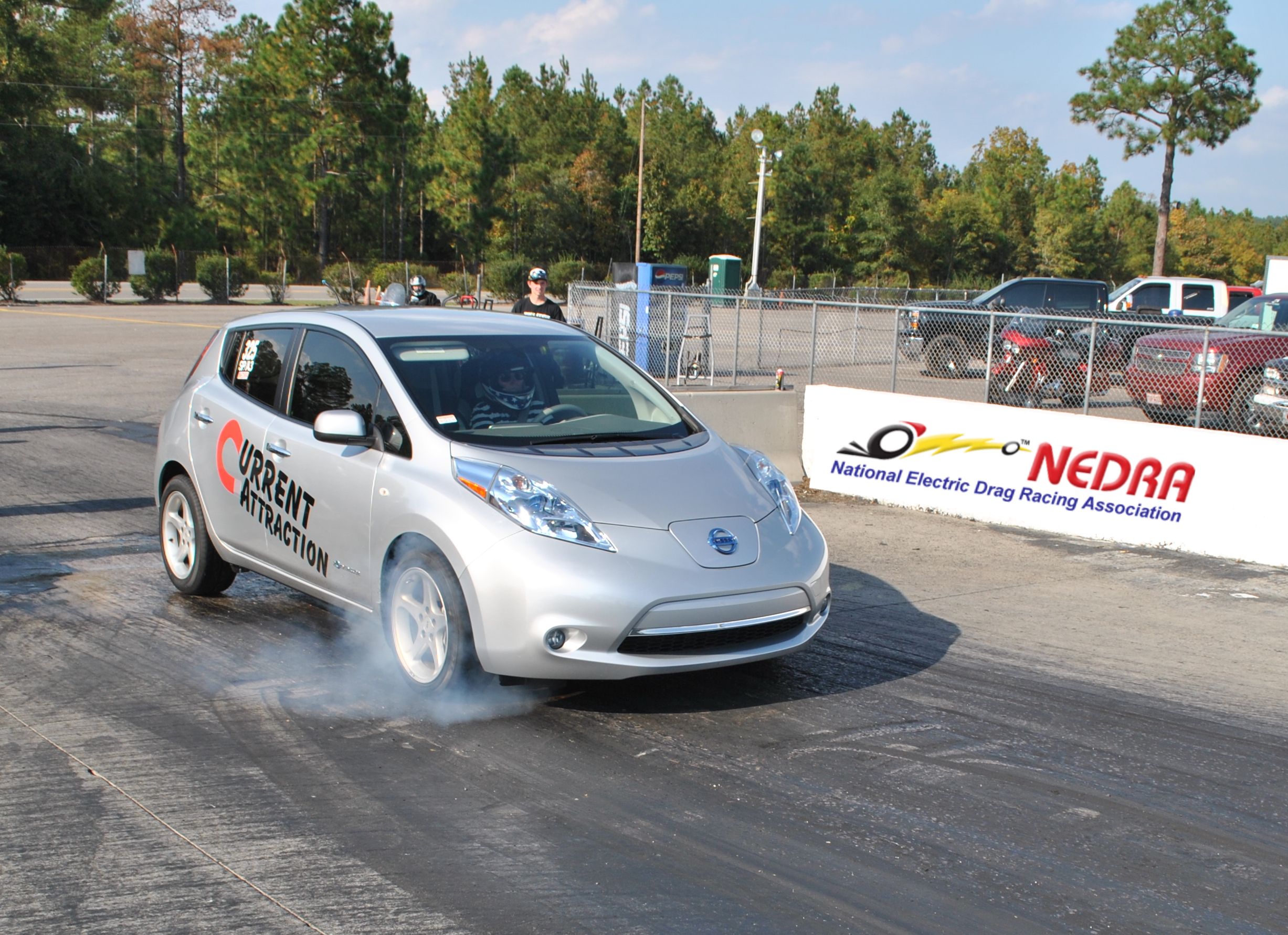 The first Isle of Man TT (Tourist Trophy) motorcycle race was held in 1907. This annual race has been called one of the most dangerous races on the planet. Participants race around a mountainous track and only complete one lap. This lap happens to be just under 38 miles long however. In 2010, the TT Zero was born as an off-shoot of the Isle of Man TT. An American named Mark Miller was the first winner of the TT Zero, averaging a race speed of 96 miles per hour. USA! USA!

According to the government of the Isle of Man, who sponsors the event:

“The technical concept is for motorcycles (two wheeled) to be powered without the use of carbon based fuels and have zero toxic/noxious emissions.” Super cool!

Possibly the latest racing series to go green and officially known as the Fédération Internationale de Motocyclisme (FIM) MotoE World Cup (that’s a mouthful), MotoE races began in July of 2019 to much fanfare. The opening races were scheduled to be held on May 5, 2019 but a fire at the MotoE facility that houses batteries and equipment destroyed many of the motorcycles that were to be used for these races. Fortunately, no one was injured and racing action was able to begin a few months later.

“Aims to take alternative vision of racing onto the track. Competing as a new class at FIM MotoGP™ World Championship events, MotoE™ will be a globally visible example of high-octane yet zero-emission motorsport – benefitting from MotoGP™’s state-of-the-art TV production and substantial communication platform.” 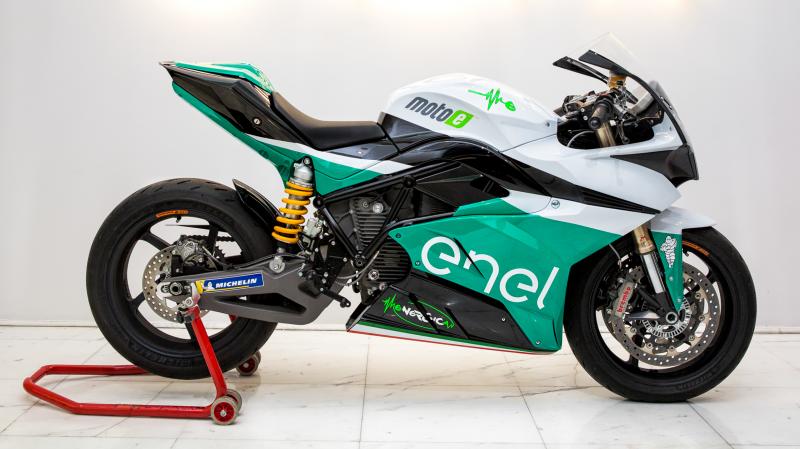 Okay, this one is not only amazing but perhaps the greenest of them all! The World Solar Challenge (WSC) aka the Bridgestone World Solar Challenge is the world’s biggest solar-powered vehicle racing event. Holding its first race in 1987, the WSC is a biennial 1878 mile race through the Australian outback. Teams from all over the globe compete in the race with many sponsored by universities an/or corporations looking to advance solar energy technology.

Credit for the inception of the WSC belongs to Danish thrill-seeker Hans Tholstrup. Tholstrup is famous for being the first person to circumnavigate the Australian continent in a 16-foot open boat. Talk about living dangerously! In an effort to promote sustainable energy technology, he designed the world’s first solar car in 1983. Tholstrup would later travel over 2,500 miles from New South Wales to Perth in this vehicle. This harrowing journey would serve as the inspiration for the race that would later be known as the WSC. 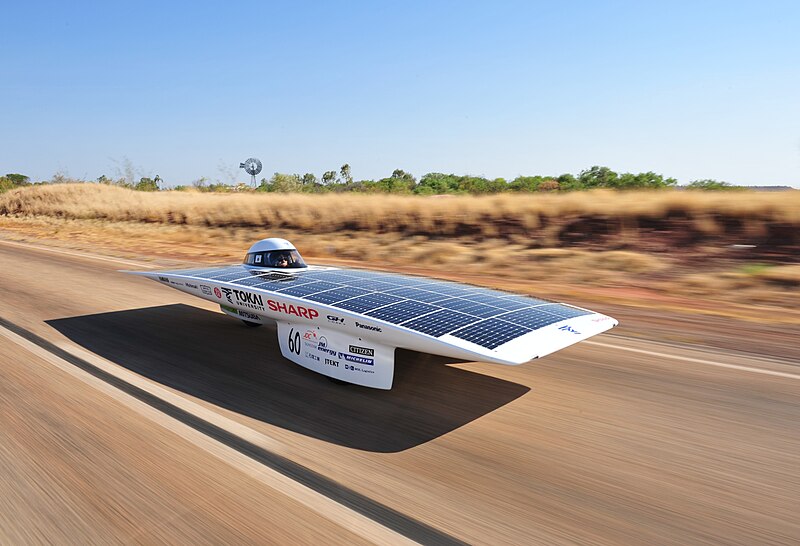 The Future of Green Racing

So what does the future hold for green racing? The answer to that question is anyone’s guess but one thing is for certain: racing series are going green at an unprecedented pace. As EVs and other alternative energy modes of transportation become more and more ubiquitous, this trend will only continue. Just maybe, in a reversal of the switch that took place at the beginning of the 20th century, one day EVs may make gas-guzzlers obsolete. I hope I live long enough to see that happen.

Any of our readers care to chime in and share what they think about the various racing series that are going green? What are your favorites to watch either on TV or in person and why? What does the future hold for green racing? Please leave us a comment below and share your thoughts.

How to Clean and Protect Alcantara in Your Tesla

Watch a Nissan LEAF Plus Outrun a Tesla Model S