Considering taking the steps necessary to convert your car to propane?

There’s been a lot of talk lately about bi-fuel cars running on LPG and propane, most notably from Chrysler and Lancia in Europe, but in the US as well. Several companies are currently offering propane conversion kits. Propane has a few advantages over gasoline, of course. It tends to burn more cleanly, it’s cheaper, etc.

Still, nothing is perfect. Like any fuel, LPG/propane has some draw-backs that you’ll definitely want to be aware of before you “pull the trigger” and finally convert your car to propane. Here’s a brief rundown:

As many of you who’ve looked under a car’s hood lately can tell you, cars are rolling computers. There are sensors, processors, wires, connectors and a bunch of electronics, and they’re all driven, controlled, and calibrated by software. That software by the way, is often encrypted by the manufacturers to make it difficult (if not impossible) to change stuff. On top of that, all those sensors, processors, etc. were built for gasoline, not LPG/propane.

What that means to you, would-be-propane converter, is that getting it wrong is far, Far, FAR easier than getting it right. When you get it right, the rewards can be huge, which is why companies like Switzer Performance spend tons of hours and dollars developing engine management solutions for flex-fuel cars – and why they charge upwards of $10,000 for a bulletproof conversion. This brings us to the next problem… 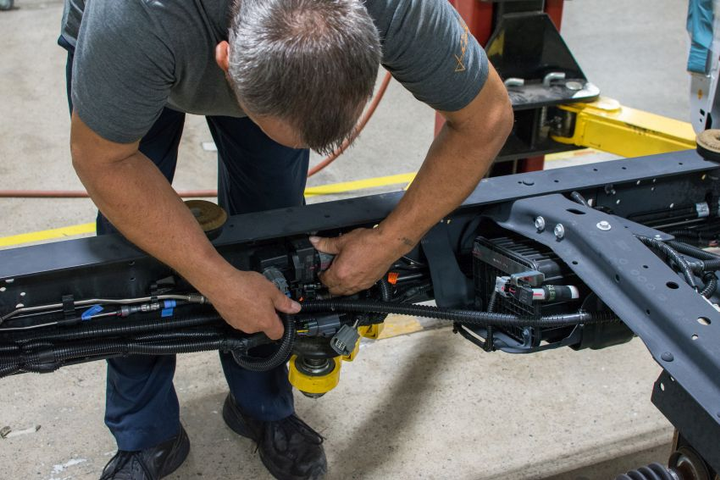 The Switzer flex-fuel conversions I’m talking about should be considered “neutral ground” here because they focus on ethanol, rather than propane. That being said, did you notice that their conversions are almost exclusively featured on $100,000 sportscars? That’s because, as I touched on above, getting conversions right is expensive, and it could be years before a conversion pays for itself.

I can already hear the peanut gallery chanting, “That’s why I’m going to convert an older car: fewer computers to mess with!”

I’ll grant you that older, simpler vehicles will be easier to convert, yes, but they’re also older. As such, they may be (read: will be) less reliable and parts may be harder to source. It’s also an objective fact that pretty much every aspect of vehicle performance from acceleration and braking to safety and fuel efficiency has improved significantly since the carburetor became a niche product for guys building Pro-stock Darts in their driveways. So, even though you found that cheap propane conversion kit on eBay and read about how awesome it was on that forum and you’re pretty sure you’ve got what it takes to convert that old pickup to propane, it might still be years before it pays for itself.

In the introduction of this article, I talked about some large-scale manufacturers developing bi-fuel vehicles that could be run on either propane or gasoline. There’s a solid reason for doing so: cars running on propane have less range compared to the volume of the fuel stored than cars running on conventional gasoline. The main difference in range comes from a difference in heat energy per liter of fuel (gasolines is better).

Of course, BTUs are only one small part of the overall equation. It doesn’t take into account the thermal efficiency of a fuel, it’s detonation-resistance, etc. – all of which, if optimized, can tip the scales towards an alt-fuel’s favor. But…we’re not talking about building an engine that’s optimized for a given fuel. We’re talking about converting an existing engine that’s been optimized for gasoline. See disadvantages no. 1 and 2, then start adding up the cost of the turbos, intercoolers, injectors, etc. that you’ll need to buy and tune to optimize the engine you’re trying to convert.

Let’s say you decide to convert your car to propane. You’ve done the conversion “right.” You’ve skipped the bi-fuel step, since it’s impossible to optimize a given hardware set for two fuels, and decided that your “LPG is the fuel for me!” t-shirt is ripe for the wearing. Good for you! Now it’s time to re-fuel. You head to the nearest KOA campground that sells propane and suddenly, horrifically, realize that it was all for nothing.

Their nozzle won’t fill your tank.

This isn’t strictly an LPG/propane problem. In truth, none of what you’re reading about here is a problem that’s specific to propane – even electric cars are having this problem. Tesla’s Supercharger system isn’t compatible with the Nissans Leaf for example. The lack of universal connectors, nozzles, etc. is an alt-fuel problem of the first order, and one of the biggest obstacles any future fuels will need to overcome.

5. The Tax Credit for Propane is a Joke

In theory, the government will cover 50% of the cost of converting your car or truck to propane. In practice, however, they’ll cover $500, which isn’t enough (see disadvantages 1-3, again). If it was enough, you’d see a bunch of propane conversions. It’s not. Ergo, you don’t.

Here’s the actual DOE wording on the AFV Conversion Tax Credit for your perusal:

“Businesses or individuals are eligible for an income tax credit of up to 50% of the equipment and labor costs for converting vehicles to operate using alternative fuels. Qualified alternative fuels are compressed and liquefied natural gas, liquefied petroleum gas (propane), hydrogen, electricity, and fuels containing at least 85% ethanol, methanol, ether, or another alcohol. The maximum credit is $500 for the conversion of vehicles with a gross vehicle weight rating (GVWR) of 10,000 pounds (lbs) or less, and $1,000 for vehicles with a GVWR of more than 10,000 lbs. The credit is only available during the year that the business or entity converts the vehicle. An alternative fuel seller may not receive a credit for converting its own vehicles to operate on the alternative fuel they sell. (Reference Montana Code Annotated 15-30-2320).”

… and let me tell you, that is a shining example of a law about cars written by and for people know less about cars than I do about how to turn blogging into a six-figure income. Not much, in other words!

SO, if you absolutely, positively, must convert your car to propane, my advice is as follows: spend big money. If you don’t have big money, buy a Morgan. If you can’t afford a Morgan, stay the f*** away from eBay!!

Best Places To Get A Tesla Model 3 Center Console Wrap

How Much Does an EV Conversion Cost?