Unlike my general disdain and subtle aggression towards street-clogging cars, overly smug Prius drivers, and bloated “crossover” SUVs, I’ve never hidden my love of 2-wheeled motor vehicles. In addition to being cheaper, faster, sexier, and (I am wholly and utterly convinced) safer than 4-wheeled “cages”, 2 wheelers are generally greener than conventional cars. This makes fuel-efficient motorcycles a great alternative for environmentally conscious commuters who aren’t afraid to get a little wet every now and again.

It seems like I’m not alone in feeling that way about the more fuel-efficient motorcycles out there either! Earlier this week, the Chicago Tribune posted their (rather poorly researched) “top 10” list of fuel-efficient motorcycles. I’ve included their choices below, and added a few of my own as well. See if you can guess which ones are mine in the comments, at bottom.

Honda’s new NC700X delivers up to 64 miles per gallon and some owners are reporting even higher fuel economy, thanks to the bike’s available automatic keeping the low-speed/high-rpm antics to a minimum.

Honda’s smaller-caliber CRF250L sips gently at the gas, getting a reported 73 mpg.

BMW’s F650GS is a big-bore, single-cylinder street bike, but it gets (what the Chicago Tribune calls) “little-bike mileage” with a claimed 63 mpg rating.

Yamaha’s hulking 1300cc V Star touring bike goes a long way towards proving the old “it’s not what you ride, it’s how you ride it” theme. The big, loping V-twin makes big power at WOT, but has a tiny appetite for fuel when it’s lazily cruising along, getting a reported 78 mpg!

Suzuki’s retro TU250X is just as fuel efficient as any of its 1960s predecessors, but has much cleaner emissions and modern brakes that would’ve make it a real track day contender 40 or 50 years ago. The entry-level Suzuki gets nearly 80 mpg. 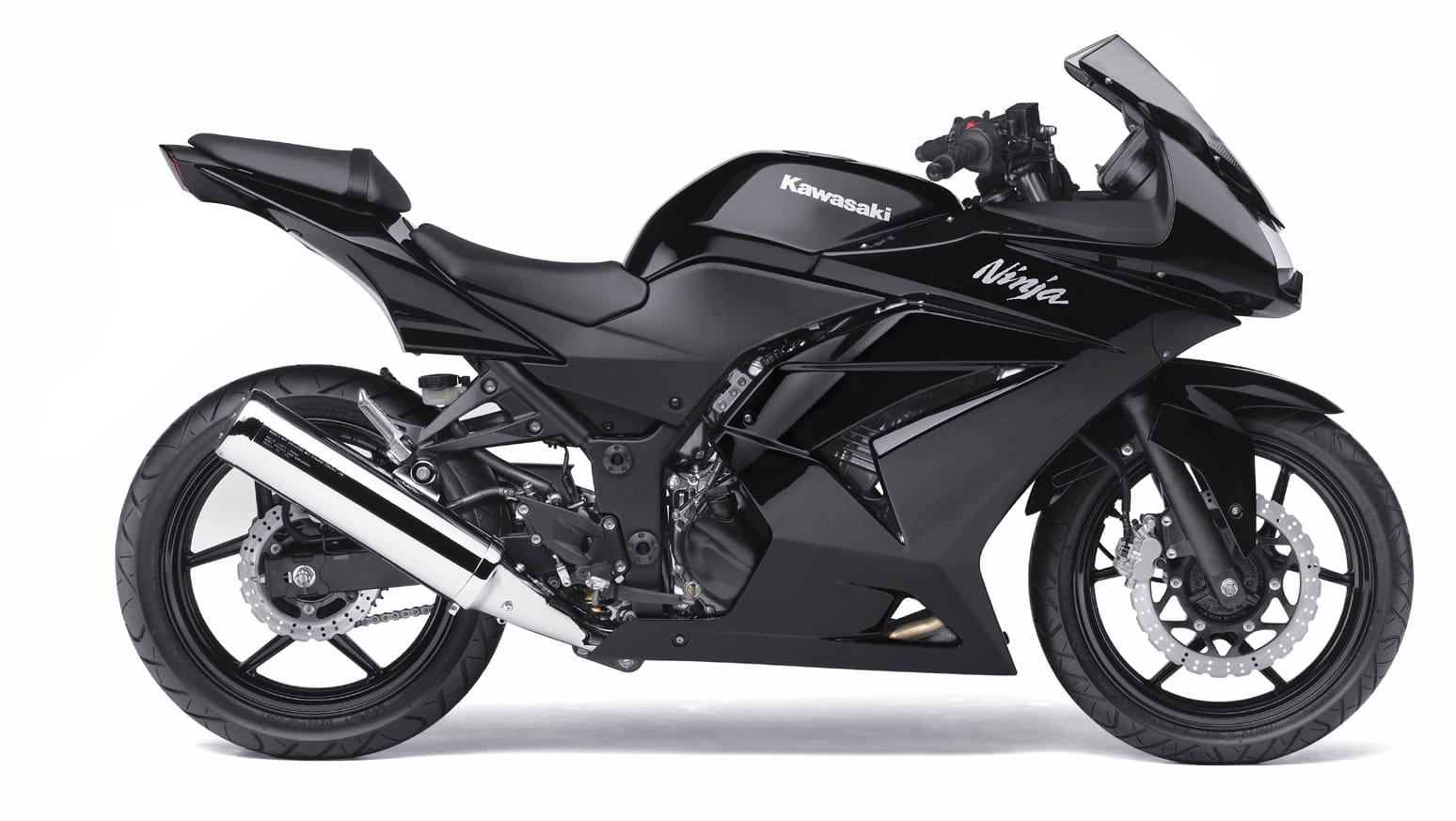 Kawasaki’s small-bore version of the popular Ninja street racer series has many of the visual styling cues and cornering chops of its track-ready bigger brothers, but gets 77 mpg.

Like Honda’s all-road capable 250 above, Kawasaki’s dual-sport KLX250s model performs on and off-road, and gives back at least 70 mpg.

Despite a few examples having been found fossilized in Jurrasic-era rock formations, the immortal Honda Rebel continues to be a hit with younger, newer, and smaller riders. The little Rebel is easy on the wallet, with an MSRP under $3000 and an 84 mpg fuel economy rating.

Suzuki’s popular DR series of motorcycles are capable of both on-road and off-road travel, and get an estimated 68+ mpg.

Pretty Much any Royal Enfield

The classic Royal Enfield road bikes are still built the old way, in India, by hand, and are fully new interpretations of the old English Enfield designs. The bikes look like a million bucks, and get as much as 85 mpg from their torquey, single-cylinder power plants.

Vespa’s retro-style, steel-bodied scooter may not “count” as a motorycle to you, dear reader, but its powerful 125 cc single, CVT gearing advantage, and lightweight construction mean it will leave most of the bikes on this list in the dust from 0-30 mph where city traffic lives. It may not be quite available to ride home, but you can definitely buy this bike today. Just don’t expect to take delivery before Thanksgiving (but what a thing to be thankful for!). Expect the 55-ish mph Vespa to get over 90 mph when it arrives in showrooms later this year.

Let’s get one thing out of the way: if you don’t like this bike, then you hate America, Jesus, and probably cheddar cheese. This is the cooler-est 250 cc bike you can buy, and even though every ounce of your true biker spirit will want to call this a poser sack of Chinese crap, once you get close you won’t be able to. The people involved are genuine enthusiasts, the build quality is excellent, and the look, the feel, and the pitch are dead-nuts-on. This is, in my opinion, the second best physical object 3500-ish US American dollars can buy, and it gets well over 80 mpg.

If not liking Cleveland Cyclewerks’ Misfit means you hate America, then not liking Genuine’s Stella means you hate yourself. A nod to Vespa’s classic 70’s-era PX scooters, this 150 cc low-emissions scooter features an honest-to-goodness MANUAL transmission, as well as a host of go-fast goodies and customizing options available through Genuine’s captive parts-house, Scooterworks. Except for my old Honda Ruckus, this is the only bike I’ve ever ridden that got waves from Harley riders (read: accountants and dentists), crotch-rocketeers, and Key West scooter trash alike. This bike even has enough juice to pull some serious road-trip duty. The best part? This low-emission, recycled-steel-bodied bike gets over 140 mpg.

What do our readers think of this list of fuel-efficient motorcycles? Please leave us a comment below and let us know.

Is It Better To Drive With ECO On or Off?

Does Eco Mode Really Save Gas?